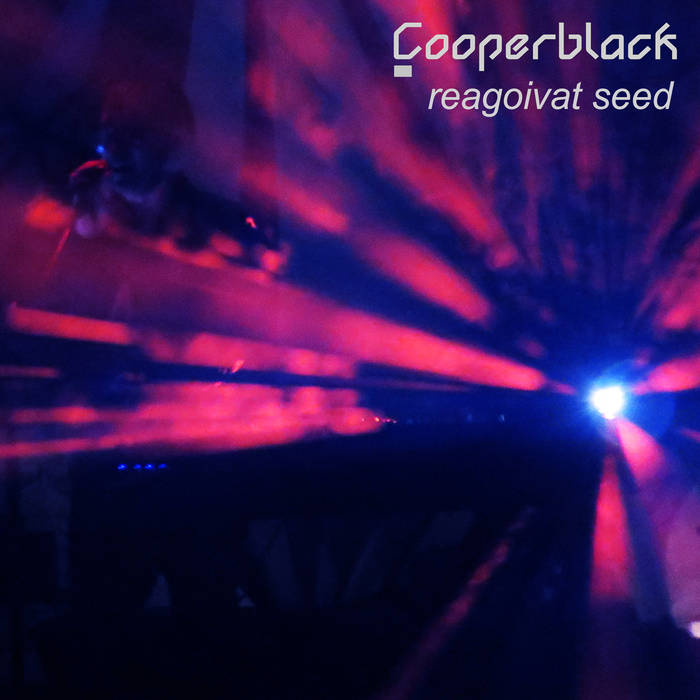 A Seed of an Idea
Prolific producer Jeremy Conlon’s back with another Cooperblack EP, as Andrea Johnston reports

You’d be right to wonder what on earth “reagoivat”means. It is the Finnish word meaning to respond or react. Conlon met Finnish artist Heli Valkam when she travelled to Warlukurlangu Arts in Yuendumu.
“There are a lot of artists who travel to Warlukurlangu Arts Centre, and really like her art, and aspects on nature and art together,” Conlon said.
“I travelled to Helsinki in early 2017, and she performed on a composition on the Capsule EP called Suomenlinna.” After finishing Capsule, which was released earlier this year, Conlon set about a new exercise in composition.
“Heli sent me five images and I responded with music. I used the images primarily as lyrical inspiration,” Conlon said.
“I went into an automatic writing mode, and just let words out no matter what they felt or sounded like, and used them strictly in the music, not adding or subtracting anything. I tend to find sense in words later when the song is finished, for the most part.”
After three years in Yuendumu, Conlon has recently relocated to Alice Springs, and is currently enjoying some time in his home town of Adelaide, to make the most of opportunities for publicity. “It was totally inspiring living in Yuendumu, surrounded by awesome musicians and such a rich, loving community, on stunning country,” he said.
Conlon is now looking forward to concentrating on being a musician and performing at more live gigs, both with Cooperblack and his band Stellar Sea, in which he plays bass. Despite the obvious Nordic he described the new EP as “totally Central Desert”, although conceding there was a “dash of Europe” in the sound. He listed recent influences as Spoek Mathambo, Buraka Som Sistema, DJ Mujava, Aero Manyelo, Okmalumkoolat, Peaches, The Knife, and Cabo Snoop; all sounds you might hear if you’re lucky enough to catch a Cooperblack DJ set. Those with a keen ear might hear how those sounds have influenced Cooperblack’s sound.
“Capsule was definitely very dark and euro, using recorded sounds from around the world to form a texture and background,” Conlon said.
“Reagoivat Seed was faster in process due to self-imposed limitations such as time, lyrics and even the music.”

The Reagoivat Seed Ep is a collaboration with Finnish Artist Heli Valkama. Heli created 5 images and these images are the seed (response - inspiration) for the lyrical content. The lyrics were created in an automatic writing style, streamed and unedited as they appeared on paper. These words and these words only were used in each song relating to each image.

Heli Valkama is a Finnish visual artist and musician, who explores the organic magic and darkness in nature. She currently resides in Lapland (Northern Finland).