My Art Is Bleeding 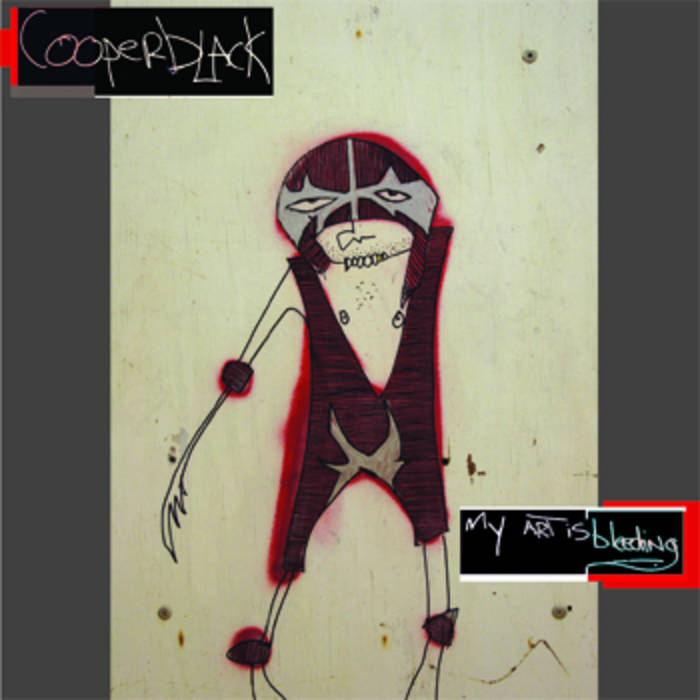 It's not a great thing to say, but if the electro-garage band Cooperblack weren't in Darwin they'd be stars. The band will draw a fair crowd to the launch of their new CD "My Art is Bleeding" tonight. But with a unique sound so confident it borders on the crazy, and uber-modern blend of electronics, chords and high pitched languages, the hip cats of Melbourne or Sydney would pack into clubs to hear them play. Luckily for Darwin, the band's leading light, singer-songwriter Jeremy Conlon, has no plans to move away from his adopted hometown. "My Art is Bleeding" is a more rocking affair than previous Cooperblack efforts, a fact that Conlon puts down to much of it being recorded live. With Simon Kormendy on synthesizer and his madly wailing theramin, this is a local band reaching the heights of their powers. And the influence of the German drummer Oliver Budack is clear, with the album's opening track "Affen Titten Geil" among the more bizzare points. the song's title translates as "horny tits monkey", which apparently is a popular way for old-school Germans to say "that's really cool".

all recordings © 2008 cooperblack - jeremy conlon
all rights resverved. any unauthorised broadcasting, public performance, copying or re-recording
in any manner is prohibited


engineered and produced by jeremy conlon at
cooperblack’s studio and the music nt room 2008
cover art used by permission of the artist: david collins “mexican wrestler”