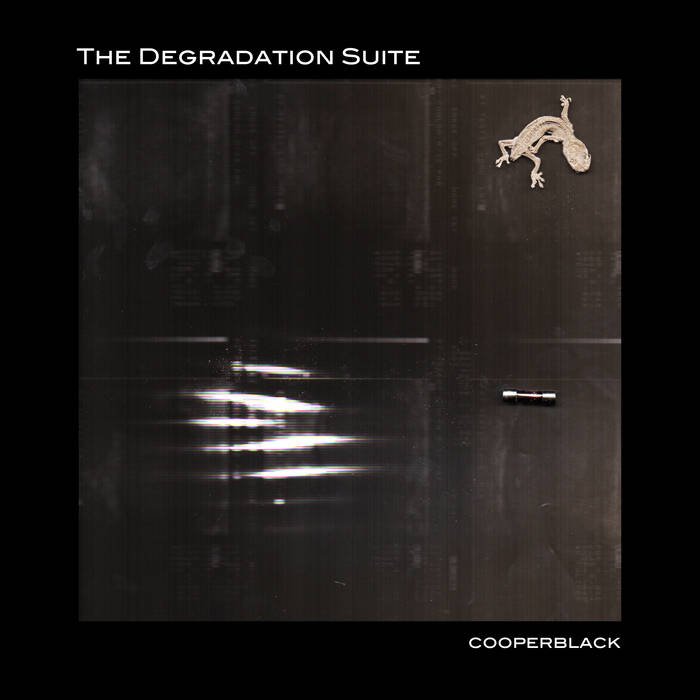 Australian composer, DJ and electronic artist Cooperblack (Jeremy Conlon) releases ‘The Degradation Suite’, a six-track meditation on ‘the end of the world’.

Dense with bleak electronica, awash with cavernous field recordings and drenched in despondent live cello, ‘The Degradation Suite’ sounds like a requiem and feels like an epitaph: for the human race, for the environment and for life on earth as we know it.

Originally from Adelaide, now based in Alice Springs, classically-trained composer, Jeremy Conlon has lived in the Northern Territory for the best part of 15 years, largely in the Central Desert Region. Knowing first-hand the fragility of sustaining life in the most isolated of places, he was inspired to write a musical response to “the end of the world”.

“Central Australia is a place where most of the resources come from somewhere else,” he says. “This is an artistic response to what happens when they suddenly stop coming in: the impact and how humans react to the environment changing. It’s a soundtrack for a disaster film that hasn’t been written yet.”

“Ross was recommended to me as someone who would have an understanding of the sound I was after,” he says, “and of the potential uses of the music once completed. We had some really good conversations about the vision I saw in the music, what I wanted to do with it, and the general inspiration for the album.”

Achingly beautiful, it also kind of hurts to listen. While Beautiful But Dangerous is title of Track 3, it also perfectly sums up the aural effect of listening to - and taking in - this epic, atmospheric journey into the heart of darkness. It’s as hauntingly memorable as any of the greatest contemporary SF film scores - think the Solaris reboot, Moon and Under The Skin.

You’ve been warned: travelling across 15 years and vast distances to get here, 'The Degradation Suite' is just as this unique Australian composer wants it to be.

Cooperblack acknowledges the Arrernte people as the traditional and prevailing custodians of the lands on which this music was created.